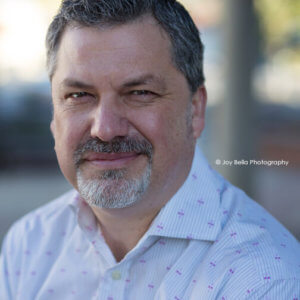 Paul Jacques is an award winning actor, director, producer, writer and scenic designer with over 250 productions of experience spanning stage, film, commercial and radio. He is on the theatre faculty at San Bernardino Valley College, holds an AA in Music from RCC, a BA in Theatre from UCR, and an MFA in Writing for the Performing Arts from UCR, and is pursuing his PhD in English at Claremont Graduate University. Paul also portrays Charles Dickens for the Riverside Dickens Festival, and is a resident director at the California Theater in San Bernardino.

Responsible for the production and stage direction of musicals as well as casting and talent management for multiple resident companies. Worked with union and non-union talent.

Responsible for instruction of Playwriting, Costuming, Drama in the Classroom and Acting Fundamentals for Non-Majors courses.

Responsible for instruction of Directing 1, Acting 2 and Oral Interpretation of Literature courses.

Duties include curriculum development utilizing the State of California Visual and Performing Arts standards and instruction of elementary and middle school children in basic to intermediate acting, playwriting and production. Accomplishments include performance of Gage Middle School culminating project at the 2006 City of Riverside Festival of Lights. Theatre instructor for Project Bridge, the Riverside Arts Council’s intervention program for at-risk youths.