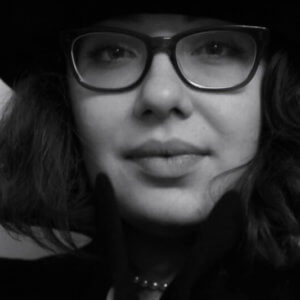 I am a multi-lingual, multicultural representative of the arts and humanities. I believe in the power of the collective, and find individuals to be capable of incredible feats. My work has ranged in fields, designations, and countries, which has granted me unique perspectives and refined appreciation. My mission is to help engage the community with its passion and creativity. I hope to inspire change.

Translator 6/2015 – 8/2015
During a summer intensive of Bolshoi dance classes, I simultaneously translated Russian to English for Bolshoi instructors and international participants.

Wattsenglish Karlovy Vary, Czech Republic
ESL Instructor 9/2015 – 6/2016
As the native speaker of the Watts language center, I taught group and individual ESL English. I structured lessons by interest for teenagers and adults, and crafted methods and games for engaging young learners.

Skatenation Richmond, Virginia
Coach 9/2014 – 5/2015
As a group coach, I taught figure skating skills to all ages. I found ways to ensure trust in movement on the ice. Working as a choreographer and dance teacher, I organized exhibitions and performances. I also administered testing sessions according to International Skating Institution and United States Figure Skating standards.

Moscow State University Moscow, Russia
Adjunct Lecturer 8/2013 – 6/2014
Promoted to adjunct, I taught first and second-year law and audit students. The curriculum required study of British and American history of law, current affairs, and courtroom practice. I administered both entry and semester exam sessions. I also presented at conferences and forums with the abstract of“The Useful Syllabus”published by Moscow State University Press. The focus was on the critical importance of syllabus integration, for which I observed trends in classroom activity, collected data, and presented an analysis.

Assistant 8/2012 – 6/2013
As assistant to the Foreign Language Department of the Faculty of Law, I lectured first-year students on English grammar, literature, and legal terminology. I also moderated examination sessions.